Beer in the Valley!

Lehigh Valley craft beer fanatics will rejoice with this upcoming event! Mark your calendars! On deck from February 17th – 24th is Lehigh Valley Beer Week. Over 30 breweries, pubs, cideries, and restaurants in and around Allentown, Bethlehem, and Easton are participating. Some of them include Fegley’s Brew Works in Allentown and Bethlehem, McCarthy’s Red Stag Pub, Bar Louie, and the Lehigh Valley Iron Pigs. The events also include brew tours and tastings as well as rare craft releases. It’s a week-long community celebration of brew, cider, and friends. You can find out more information about this wonderfully crafty event here.

Are you a fan of the Olympics? Local hometown hero, Adam Rippon, is representing Carbon County, Pennsylvania in the 2018 Winter Olympics in South Korea. He hails from Scranton, PA and is competing as a figure skater in his Olympic debut. He ranks in the top 3 of his team event, “Ice Dance Free Dance”. Furthermore, he will be competing in an individual event in hopes of attaining the gold. You can watch him compete in his upcoming event, “Men Single Skating”, on Friday, February 16th, 2018 at 10:00 p.m. 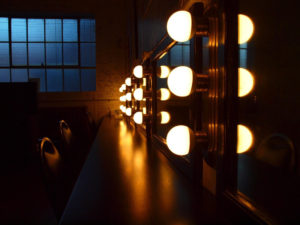 Art in the Valley thrives

What’s the best thing about the Lehigh Valley? It’s hard to narrow it down. One thing that stands out is the thriving local art scene within Allentown, Bethlehem, and Easton. The Lehigh Valley is known for its diverse culture. A community that embraces different types of expression. Lehigh Valley benchmarks include the Allentown Art Museum, the Banana Factory, and the State Theatre. These places bring the community together to flourish artistic ability and showcase the talent of the people who live here. The interconnectivity between the Lehigh Valley art scene and the community is unparalleled.

The Allentown Art Museum has most notably been a shining star in the art community since its establishment by impressionist painter Walter Emerson Baum in 1934. The museum has a vast array of exhibits and collections and a long history of illustrating the beauty of different movements throughout time. Currently, the museum is featuring the exhibit “Women of Vision” which showcases photographs telling the poignant and moving stories that were covered over the last decade. The photographs range from detailing the war in Libya to more locally the Jersey shore. These eleven women gave a rare glimpse into the events taking place in different parts of the world.

Another remarkable gem within the Lehigh Valley is the Banana Factory Art Center. Located in south Bethlehem, the studio houses galleries and cultivates creativity with its courses and workshops open to the public. The courses range from glass blowing to mosaics to photography and everything in between. The Banana Factory holds an ongoing event called “First Friday”. This event celebrates local art and engages the community. Local restaurants, merchants, and artists open their doors to the people of the Lehigh Valley for fun activities which include demonstrations, artist talks, and gallery viewings.

The State Theatre in Easton “breaks a leg” in showcasing incredible live performances. The State Theatre hosts Broadway shows to comedians to local benefits. Every spring the stunning stage hosts an award show, The Freddy’s, which dedicates the night to the talent of the local high school theater community. Most of all, a former manager of the State Theatre, Fred Osterstock, still has a presence at the theater even though he has passed away. When the theater hosts a show, they leave a seat open for Fred to enjoy the performance.